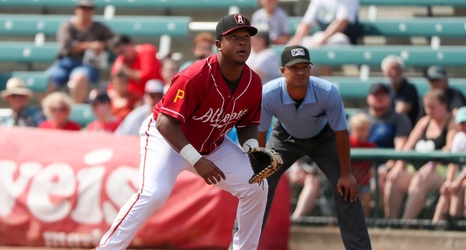 Baseball America posted their initial list of the top players available in this year’s Rule 5 draft, which will take place next week. There are 15 names on this list now. In the past, they have expanded this list multiple times to include players getting mentioned as possibilities, with 70+ players on some prior lists. This first list includes two players from the Pittsburgh Pirates. BA has first baseman Malcom Nunez and outfielder Matt Gorski among the top 15 players.

Nunez plays first base, which is rarely a position that gets picked in the Rule 5 draft, making him less of a risk to be taken.