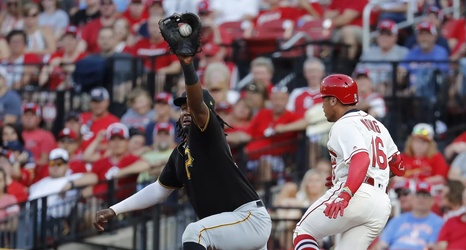 With the game tied at one with one out in the sixth, Cardinal rookie Tommy Edman roped a ball into the right-center gap, pulling into second with a double. However, shortstop Kevin Newman did not know where the runner was and threw it to third. The ball was short-hopped to Colin Moran and got past him, rolling into the dugout. That allowed Edman to come home for the eventually deciding run.

The Cardinals would tack on another run later in the inning when a drawn in Newman could not make a play in the hole.