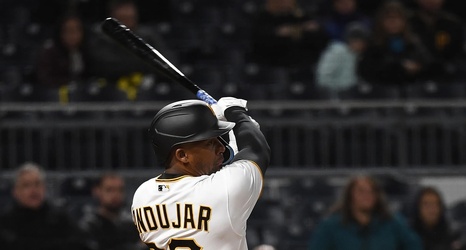 It didn’t take long for Miguel Andujar to climb the rigging on the Pirate Ship.

The one-time Yankees prospect and Rookie of the Year runner-up came up with the bases loaded and was obviously not hungry for a LOBster dinner. Instead, he smacked a bases-clearing double that brought Oneil Cruz, Bryan Reynolds and Jack Suwinski home. Pirates’ Twitter summed it up nicely:

Andujar has a sense of humor as well per the Post-Gazette. “Oh, yeah, I hit it good,” Andujar said after the game. “I [thought] it was going out. But the guys said, ‘Welcome to the Pirates.