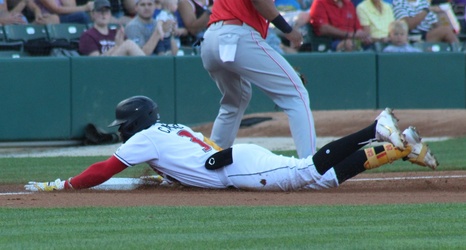 Major League Baseball handed down a one-game suspension to Pittsburgh Pirates infielder Rodolfo Castro for his cell phone incident during a game last week. He mistakenly left his cell phone in his back pocket and it came out during a slide into third base. Castro will be appealing the suspension and he’s allowed to play until he has a hearing.

Pirates infielder Rodolfo Castro was suspended for one game and fined for violating MLB policy when he played while having a cell phone in his back pocket.

There could be more news today as multiple sources are reporting that pitcher Roansy Contreras and infielder Kevin Padlo are both in the locker room for the Pirates.