Prospect Roundtable: Which Greensboro Prospects Are Most Intriguing? 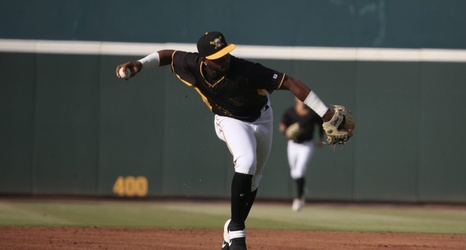 This week on Pirates Prospects we are focusing on the High-A Greensboro Grasshoppers.

The top remaining prospects in the system are Endy Rodriguez and Jared Jones, who I covered in my main features this week. It would have made for an interesting Roundtable to have writers picking between those two for the top prospect in the system.

Instead, I removed those two and asked a more open-ended question: Of the remaining Greensboro prospects, which one intrigues you the most?