Poulin, Legare, Hallander included in latest round of cuts 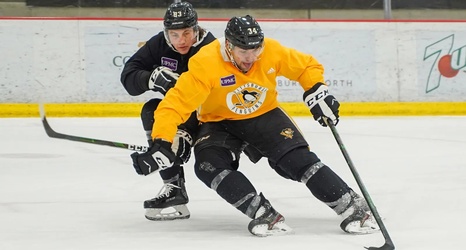 CRANBERRY, Pa. -- The Penguins made their fourth round of cuts from their training camp roster on Friday morning, reducing the number of players in camp to 30.

Additionally, forwards Valtteri Puustinen and Jonathan Gruden and defensemen Niclas Almari and Taylor Fedun, who were recalled for Thursday's game in Detroit, were all re-assigned to Wilkes-Barre.

Wilkes-Barre has two games remaining on its preseason schedule -- Friday at home against Hershey, and Saturday in Lehigh Valley.