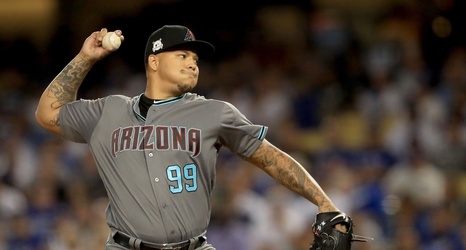 Among the recently non-tendered players around the league there is one guy that really sticks out as a potential Pittsburgh Pirates free agent target, it’s starting pitcher Taijuan Walker. Once, a very promising prospect in the Mariners organization, Walker was traded to Arizona before the 2017 season in a deal that sent star shortstop Jean Segura and outfielder Mitch Haniger to Seattle, and has been with the organization since.

Performance wise, Walker has shown signs of promise but has never really broke out to be the starting pitcher he was once primed to be.