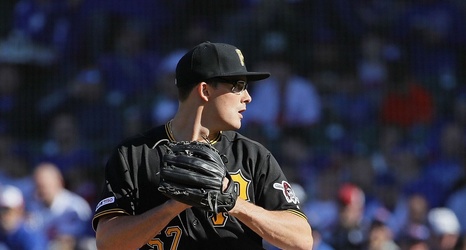 At the 2018 MLB Winter Meetings the Philadelphia Phillies added reliever Nick Burdi in the Rule 5 Draft. Later that day, he was acquired in exchange for $500,000 of international signing bonus money by the Pittsburgh Pirates.

During Spring Training 2019, hype began to build for Burdi. Using a power fastball and a wipeout slider, the converted starter showed why he was once the Minnesota Twins’ top pitching prospect. His spring performance led to Burdi making the Pirates’ Opening Day roster.

Burdi would log just 8.2 innings in 11 games for the Pirates prior to suffering a season-ending nerve injury.