Pirates start strong, but walk away losers in 7-4 series opener vs. Brewers 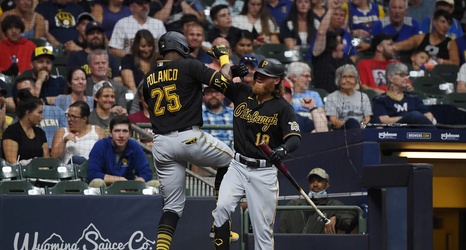 The Pirates did not start off on the right foot against the Brewers in their weekend series.

The good guys lost 7-4 Friday night against the Brewers.

The Pirates kept the game tight early on with Chase De Jong pitching five innings of two-run ball, which kept the Buccos in it.

Ben Gamel went yard in the second inning off of his former teammate Brandon Woodruff and Gregory Polanco did the same in the sixth to tie the game.

However, the seventh inning spelled disaster for the Pirates in about as bizarre of an inning as you could have asked for.