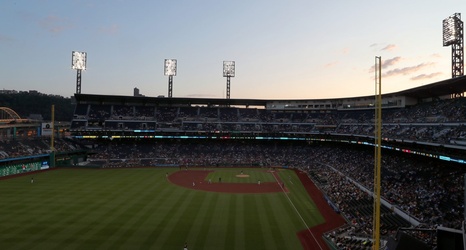 Jesse Sanchez from MLB.com released his list of the top 50 international prospects for the upcoming international signing period, which begins on January 15th. He has the Pittsburgh Pirates as the favorites to sign 16-year-old (turns 17 in December) Dominican outfielder Raymond Mola, which I was able to confirm.

Mola is rated as having 50 grade tools across the board in all five categories. He stands in at 6’2″, 170 pounds and he hits/throws right-handed. He’s described as having a large frame, who projects to be an everyday corner outfielder in the future. He drives the ball well to all fields, showing excellent bat speed, which should lead to more power as he fills out.