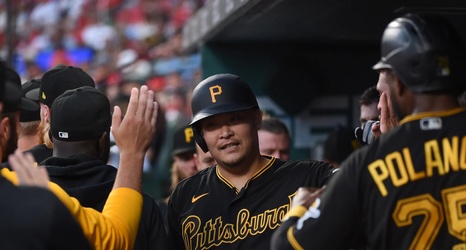 There’s another win over their division rival for the Pittsburgh Pirates. One night after opening the series with a 4-0 victory, the Buccos also took game two with a big seventh inning that earned the 5-4 win over the St. Louis Cardinals after they blew a 2-1 lead earlier in the game.

Ke’Bryan Hayes cranked a two-run single to right field that scored Kevin Newman and Ben Gamel, which put the Bucs back in the lead. It was good to see Hayes, who has been struggling at the plate of late, get the clutch hit.