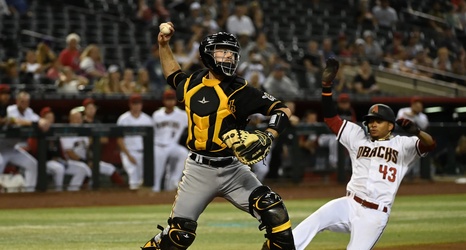 The Pirates were shut out for the 11th time this season as they fell to the Arizona Diamondbacks, 3-0, Monday night.

A fielding error by Michael Chavis proved costly in the sixth as it allowed Geraldo Perdomo to reach base. He later came in to score to give the Diamondbacks a one-run lead. Ketel Marte added two insurance runs in the bottom of the eighth to give the Snakes the lead for good.

In times of peril, Derek Shelton made the best move of his career in the ninth: swapping out Jason Delay with the strikeout machine Josh VanMeter.