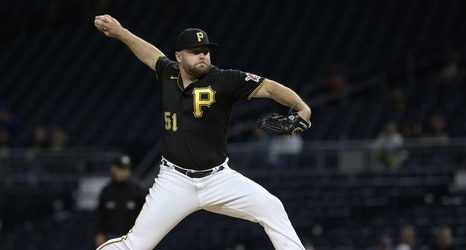 Similar to the starting rotation, 2021 was a year to forget for the Pittsburgh Pirates’ bullpen. Of the 63 players to appear on the Pirates’ revolving door roster, 24 of them, not counting John Nogowski, appeared in relief at some point. Whether they were reclamation projects, young arms looking to prove themselves in a lost season, or forgetful names brought up to fill in for injured regulars, the bullpen that was once heralded as the “Shark Tank” has now resorted to being a mere goldfish bowl.

At the beginning of the year, the bullpen had some potential to be stout with the likes of Richard Rodriguez, Chris Stratton and Sam Howard returning from a promising 2020 season, and David Bednar, Chasen Shreve and Duane Underwood Jr.