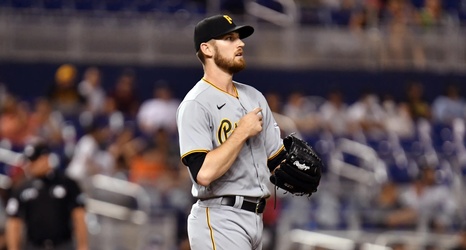 Wil Crowe posted another quality start in the Pirates’ 2-1 win over the Miami Marlins Friday night, resulting in his fourth win of the season.

The 27-year-old held Miami’s offense to three hits and one earned run while striking out five over five innings pitched, paving the way for the bullpen to hold the slim lead through the final four frames.

Anthony Banda, Nick Mears and Chad Kuhl held the Marlins to one hit through the middle innings and Chris Stratton — despite allowing a lead-off triple to center fielder Bryan De La Cruz — struck out three hitters in the bottom of the ninth, sealing his sixth save this season.