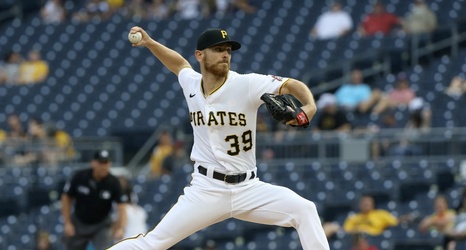 Freddy Peralta flashed his All-Star stuff for six scoreless innings and light-hitting Manny Pina clubbed a pair of homers and drove in five to pace the Milwaukee Brewers to a 12-0 victory over the Pittsburgh Pirates Thursday night at PNC Park.

The loss was the fourth in a row for the Pirates, who start a three-game series with the Philadelphia Phillies at 7:05 p.m. Friday at PNC Park.

Peralta, who had lost both of his starts to the Pirates prior to Thursday night’s game, limited the Bucs to just two hits and a walk and struck out five in improving to 8-3 on the season and helping his club complete a three-game sweep.