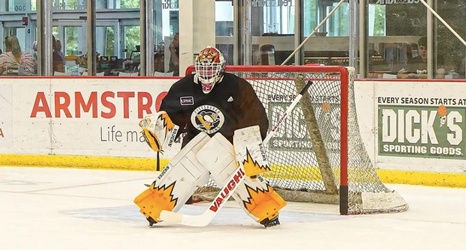 CRANBERRY, Pa. -- The Penguins reduced their training camp roster to 54 players on Wednesday.

Nappier and Gauthier both attended the Penguins' development camp and rookie camp this summer in addition to the start of training camp.

Nappier, 24, was a free agent signing out of Ohio State during the 2020-21 season, and is entering the final year of a three-year AHL contract with Wilkes-Barre. He was Wilkes-Barre's starter in the AHL playoffs last season after Louis Domingue and Alex D'Orio both got called up to Pittsburgh.