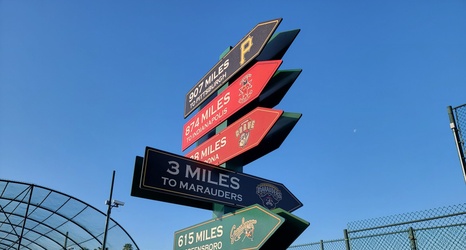 Bad games happen, and over a course of a long season, it’s inevitable that the entire system will have at least one stinker of a night.

It took a two-run home run in the bottom of the ninth by Wyatt Hendrie for the Bradenton Marauders to not get shutout. Had that not happened, they would have joined Greensboro and Altoona in failing to register a lone run. Even to an extent Indianapolis had their struggles, as eight of their runs were scored in a single inning.

So, having this happen every now and again isn’t really concerning, but how it’s happening should be the alarming part.