Kovacevic: To rebuild or not? Eh, why not both? 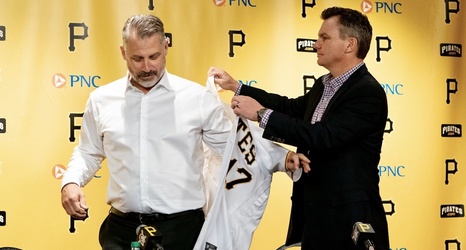 Amid a swirl of snowflakes outside PNC Park and a spectacular swirl of change inside, the Pirates' new braintrust beamed from the press conference podium about the bright future of baseball around here. And fairly so. If I'm being honest, this wintry scene was more uplifting than any witnessed here all summer.

Partly, that's because Derek Shelton was a blast.

The new manager, finally introduced a week after he was announced and two-plus months since Clint Hurdle's firing -- hey, a lot's happened, right? -- laughed and smiled with a visible ease and sense of self-assurance.