Key to Derek Holland finding his footing in 2020: His sinker 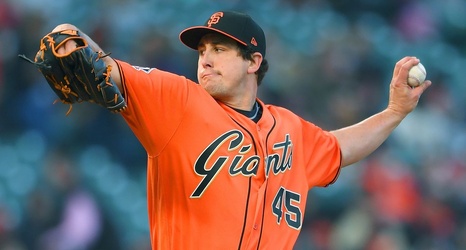 The Pirates recently signed journeyman lefty Derek Holland to a minor league contract, adding another contender for the team's fifth starter slot or a long-relief option in the bullpen.

Holland was a perfectly serviceable starter as recently as 2018, when he posted an adjusted ERA that was six percent better than the overall MLB average in 171.1 innings pitched for the Giants. 2019 was a trainwreck, though. The 33-year-old was pummeled while splitting the season between the Giants and the Cubs, with an adjusted ERA that was 30 percent worse than average. Holland's low-90s sinker was the main culprit.