Improved Raiders front up next for Steelers offensive line 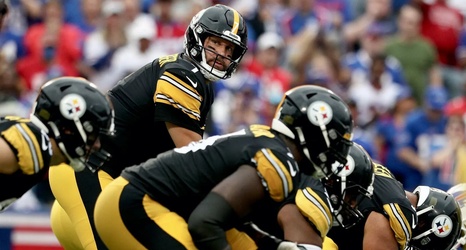 When you gain 54 yards while getting shut out in an entire half of football, there's usually not a lot to like about your offensive performance.

But Mike Tomlin knew his young offense might have some struggles in last week's 23-16 come-from-behind win over the Bills in Buffalo.

In fact, even though he didn't openly talk about them, not wanting to set his team up with an excuse for failure, after the fact, Tomlin acknowledged the slow start was somewhat to be expected against an experienced Bills defense.

"As I said after the game, we weren't interested in style points," Tomlin said.