How Mitch Keller’s New Sinker Complements His Other Pitches 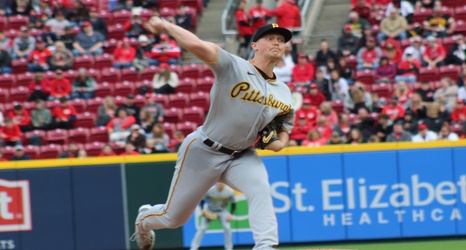 ST. PETERSBURG – Mitch Keller never threw a sinker in the minors, despite coming up during a time when seemingly every Pirates pitching prospect was getting a two-seamer pushed their way.

“The mentality in the minor leagues for us coming up was fastballs down,” said Keller.

Keller had the ability to throw his four-seam fastball down in the zone, and it got good results in the lower levels. The Pirates typically gave a pitcher a two-seam fastball if he had issues keeping the fastball in the bottom of the zone. The problem was that the Pirates weren’t focusing that pitch on the top of the zone.