Giger: No way 'Bama can be ahead of Buckeyes, and what it all means for Penn State 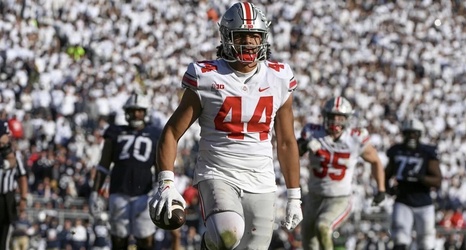 ALTOONA, Pa. -- I am not one of those folks who always gripes about SEC bias. Sure, it's there, but my feeling has always been that it's largely deserved, because generally, top-flight SEC teams are indeed better and do deserve the benefit of the doubt in many cases.

That said, there's a ridiculous notion being floated out there about what might happen when the College Football Playoff rankings are released tonight.

A lot of people seem to believe Alabama could be ranked ahead of Ohio State, in the No. 5 spot, behind Georgia, Michigan, TCU and USC.