Frazier over Newman at leadoff? Hurdle explains why 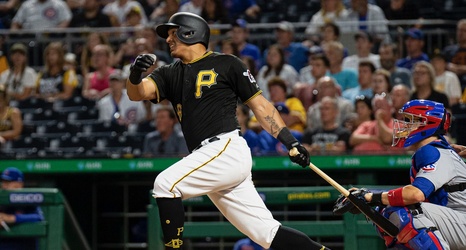 Adam Frazier exploded Monday night for four doubles against the Cubs, tied for the most since ... ever. In the history of MLB. Paul Waner did it most "recently," collecting four two-base hits back in May of 1932. That year, Shanghai Express dominated the box office, grossing $3.7 million worldwide.

So yeah. That was a while ago.

And the rarity of Frazier's achievement is exactly why he'll bat first Tuesday night against the Cubs at PNC Park. Monday, Kevin Newman — who took over and thrived from the leadoff position — enjoyed a night off, giving Frazier the chance to prove himself in the position once more.