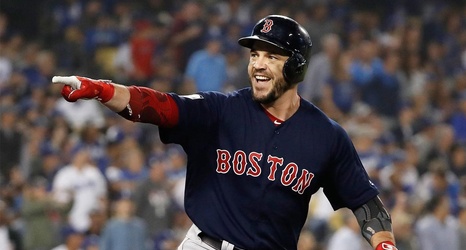 Tuesday morning, Steve Pearce told WEEI Sports Radio Network he's officially retired from baseball after 13 seasons with nine different teams. And, oh my, is his career a lesson in perseverance.

While Pearce, 37, is best known for his 2018 World Series MVP run with the Red Sox, his career started south of Boston, right here in Pittsburgh.

Selected by the Pirates in the eighth round of the 2005 MLB Draft, Pearce made his MLB debut Sept. 1, 2007, against the Brewers in Milwaukee, ringing up two hits in four at-bats.