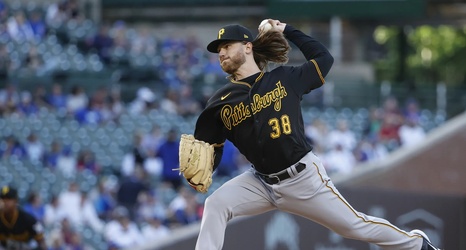 An eight-run first inning highlighted by Willson Contreras’ grand slam sent the Chicago Cubs on their way to a 9-0 victory over the punchless Pittsburgh Pirates Monday night at Wrigley Field.

The Bucs, who were no-hit Sunday, didn’t fare much better Monday, as Cubs’ starter Wade Miley retired the first 14 batters in order before Michael Chavis delivered a two-out single in the fifth inning. Chavis’ hit ended the Pirates’ hitless streak at 13 2/3 innings.

The Cubs, who defeated the Pirates 21-0 earlier this season, had no trouble in the hit department, as they jumped on Pirates’ starter Dillon Peters in the first inning, and he faced only seven hitters before departing in favor of Bryse Wilson.