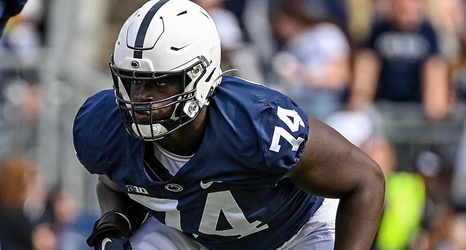 ALTOONA, Pa. -- This might be the most important player development of the entire offseason for Penn State, and it also could turn out to be a significant decision for the Steelers, as well.

Left tackle Olu Fashanu announced Monday afternoon that he will return to the Nittany Lions next season, rather than enter the NFL draft, where he was widely regarded to be a first-round pick.

This is massive news for Penn State, since Fashanu emerged as a standout left tackle this year despite being just a 19-year-old in his first season starting in college.