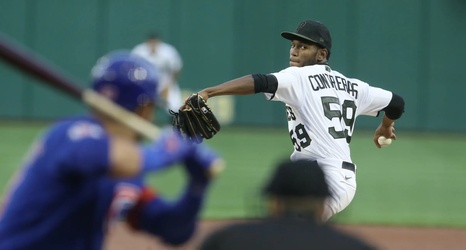 Baseball is officially over for another year. I’ll be gracious and congratulate the Atlanta Braves on their World Series victory, because of all the teams that made the postseason they were the ones I hated the least.

Meanwhile, out west, the Arizona Fall League is in full swing, with seven current and future Pirates playing for the Peoria Javelinas. They had a pretty good day today, with RHP Roansy Contreras sending down all nine of the Surprise Segueras (party cacti!) he faced today. Nick Gonzales also had a good day, going 2-4 with a dinger and two steals, as did Canaan Smith-Njgba, who doubled three times.