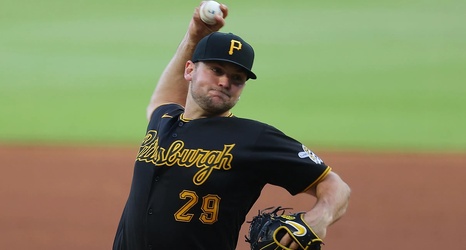 Avisail Garcia slugged a two-run homer in the sixth inning to snap a 2-2 tie and propel the host Milwaukee Brewers to a 5-2 victory over the Pittsburgh Pirates Sunday at American Family Field.

The victory gave the Brewers a three-game series sweep and extended the Pirates’ losing streak to seven heading into Monday’s 7:05 p.m. meeting with the Washington Nationals in the nation’s capital.

Despite the loss, the Bucs were on the receiving end of a solid effort from Wil Crowe, who delivered his best start as a Pirate.

The 26-year-old right-hander, obtained from the Nationals in the Josh Bell trade, gave up a leadoff single to Luis Urias in the first inning and then an RBI double to Daniel Vogelbach to put the Brewers in front 1-0.