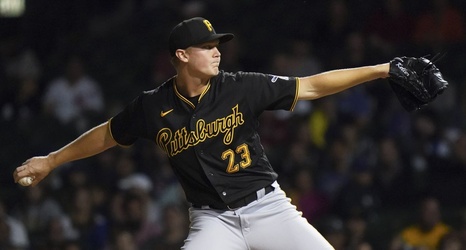 The good Mitch Keller reappeared for the Pittsburgh Pirates Thursday night, throwing six shutout innings, but didn’t figure in the decision as the Bucs dropped a 6-5 decision to the Chicago Cubs in 11 innings at Wrigley Field.

The game ended on a bizarre infield pop-up off the bat of Mt. Lebanon’s Ian Happ, which Pirates second baseman Wilmer Difo could not corral, allowing Sergio Alcantara to score from third base with the winning run.

Keller appeared on the way to a victory, leaving with a 3-0 lead after six innings, but reliever Chad Kuhl coughed up a five-spot in the seventh, and there went Keller’s win.