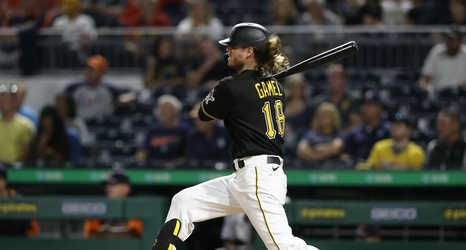 That’s two wins in a row now for our Pittsburgh Pirates. Ben Gamel had a huge night, making another highlight reel grab in the outfield that ended a potential Tigers scoring opportunity in the top of the sixth and then followed that up with the game-winning hit in the bottom of the inning to lead the Buccos to a 3-2 win over the Detroit Tigers.

With the Bucs already down 2-1, Gamel crashed into the wall to steal one from Tigers hitter Derek Hill that would have certainly extended Detroit’s lead. It comes just two days after another spectacular catch against the Cubbies.