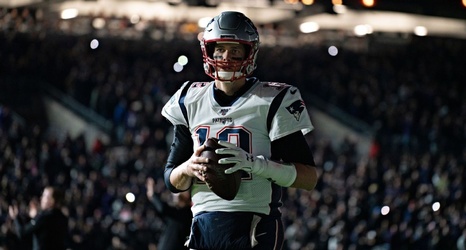 MONDAY NIGHT HAS just become Tuesday morning in a small room in the underbelly of MetLife Stadium. Bill Belichick is standing at a lectern ("Occupancy by more than 49 people is dangerous and unlawful," reads a sign on the wall) trying to get through the worst part of his job as quickly and unhelpfully as possible. His team has just completed a soul-crushing defeat of a trifling division rival, a game so bad that adjectives to describe its awfulness have yet to be invented.

Something happened late, though, some stupid sequence involving the Jets, down by four touchdowns, repeatedly declining penalties the Patriots were trying to commit to burn time off the clock.