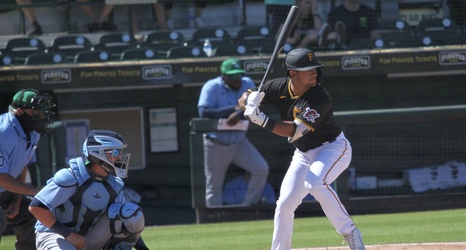 Peoria was at home taking on Scottsdale on Thursday afternoon. The Javelinas came into the day with an 8-9 record and 12 games remaining on the Arizona Fall League schedule. Two Pittsburgh Pirates were in the starting lineup, with Ji-hwan Bae in the DH spot batting first, and Nick Gonzales batting third and playing second base. Here’s a recap of their day.

Bae singled on a line drive to center field to start the bottom of the first inning. He stole third base two batters later, then scored the first run of the game. He walked to load the bases with two outs in the second inning.