Zucker’s two goals give ‘Jaking it’ a whole new meaning 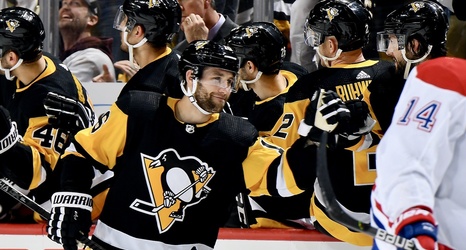 Jason Zucker wore a pair of Jake Guentzel's gloves when he made his Penguins debut Tuesday night.

That worked out so well that Zucker apparently decided to borrow Guentzel's hands for Game No. 2.

It's not just that Zucker scored two goals in the Penguins' 4-1 victory against Montreal at PPG Paints Arena Friday night; it's that both required the kind of deft touch that allowed Guentzel to pile up 20 of them in 39 games before he had to have his right shoulder surgically repaired.

The first came when he one-timed a cross-ice feed from Sidney Crosby, the second after Zucker drove to the net, got inside position on defenseman Brett Kulak and chipped a Marcus Pettersson feed past Canadiens goalie Carey Price.