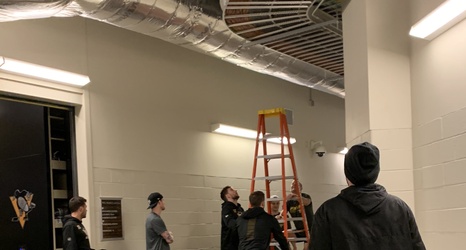 Jason Zucker was sitting at home on Monday night when he got a call from Wild general manager Bill Guerin letting him know he had been traded to Pittsburgh.

"It was obviously a bittersweet moment, with my whole family and roots being in Minnesota," Zucker said.

He then called his wife, Carly, who was hosting an early Valentine's Day party for the other wives and girlfriends of Wild players, to let her know he had been traded.

The way Carly describes it, Zucker told her, "I just want you to know from me, before you hear anything, that I got traded.