Which college D-man are Penguins targeting? 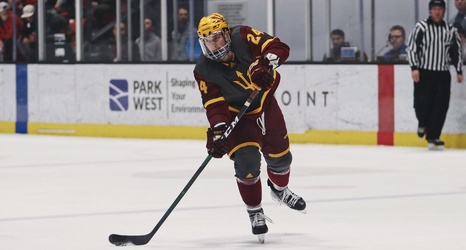 When Dave Molinari spoke to Jim Rutherford on Monday, Rutherford divulged some information on a college free agent the Penguins are targeting.

"We are working on another college defenseman that we really like," Rutherford said. "We thought he was going back to school for another year. With the uncertainty of college hockey now, he's decided not to. This is a player we've followed for the last couple of years, and we like him."

Who could it be?

The player is someone leaving school early, so he isn't one of the 21 drafted players who hit free agency on Saturday after not signing with their teams.