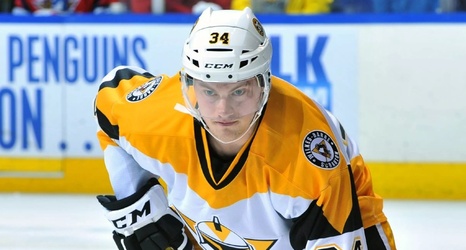 Despite an hour’s delay on Wednesday night due to a transformer problem, the WBS Penguins opened their last relatively light week of the season with a massive matchup against the team they are chasing down for playoff position in the Atlantic Division, the Providence Bruins. ATO signing Jake Lucchini, who has provided a very good breath of fresh air on the lower lines since his joining the squad, scored his second goal of the season 7:17 into the first period to give WBS a 1-0 advantage.

WBS goaltender Tristan Jarry, who one could certainly argue is mostly responsible for WBS staying in the playoff hunt for as long as they have, needed no other assistance on this night, as he shut down all 23 Bruins shots he faced.