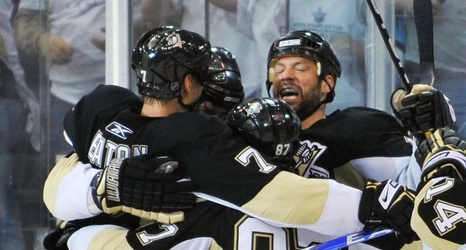 The game to highlight in today’s look back in Penguins’ playoff history takes us back to the magical year of 2009, which of course was the first Stanley Cup in the Sidney Crosby-era for the Pens.