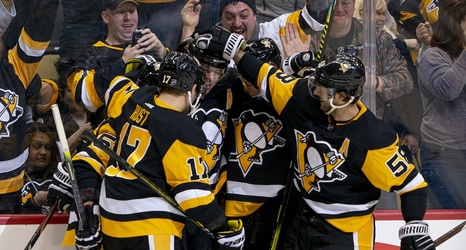 Anyone remember way back when John Marino was that cute, cuddly hey-this-kid-just-might-make-it story in camp?

Or when he actually did make it, straight from college to the NHL?

Or when he began bumping bona fine veterans off the blue line?

Yeah, those were simpler times, to put it mildly. Because here we are now, a week into December after the Penguins' 2-0 blanking of the Coyotes on this Friday night at PPG Paints Arena, and Marino's skating on the top pairing alongside Kris Letang, he's being entrusted with the main opposition matchups, he's taking a regular turn on penalty-killing and, at least if you ask me, he's getting tasked with saving the 2019-20 season.