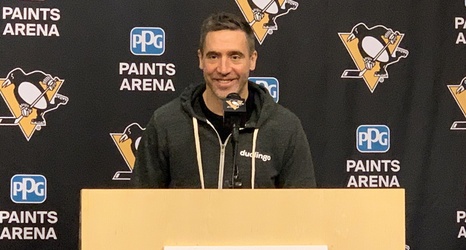 I checked -- "superstar" translated into French is just "superstar." So, "superstar treatment" is "traitement de superstar."

That might come in handy tonight when the Penguins host the Canadiens at 7:08 p.m. at PPG Paints Arena. It's the team's French language promotional night, and Max Talbot will serve as the team's ambassador.

Talbot's main role tonight will be that of PA announcer, and will make goal and penalty announcements in French to go along with Ryan Mill's usual English calls. It's not a role he's taking lightly.