Sullivan: Tanev is ‘guy we thought we were getting, and then some’ 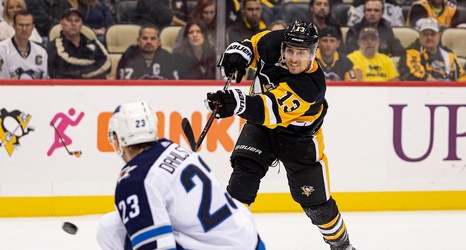 BRANDON, Fla. -- The Penguins thought they had a pretty good idea of what they were seeking when they signed Brandon Tanev as a free agent last summer.

They figured he could give the lineup an infusion of speed, and he has.

They thought he'd add a physical element to their bottom-six, which he has done.

They felt he be an effective penalty-killer, and he's embraced that role.

What they didn't anticipate -- and with good reason -- was that Tanev would be a fairly consistent goal-scorer.

After all, he had gotten just 24 in 195 career games with Winnipeg, an average of one every 8.