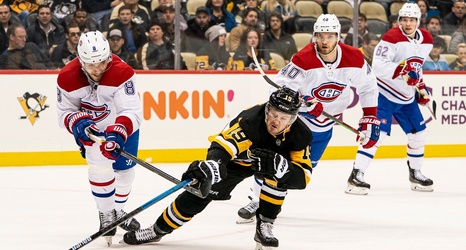 The Penguins knew going into their qualifying-round series against Montreal that the Canadiens' team speed was one of their greatest assets.

They prepared for it, and have done a pretty good job of neutralizing it through the first two games of the series, which resumes at Scotiabank Arena in Toronto sometime after 8 o'clock this evening.

The keys, Mike Sullivan said today, have been the Penguins' puck-management and decision-making.

"The biggest thing we've done to this point, and that we have to continue to do, is just make sure we take care of the puck, and we don't turn into a high-risk team just because we're not scoring a lot of goals," he said.