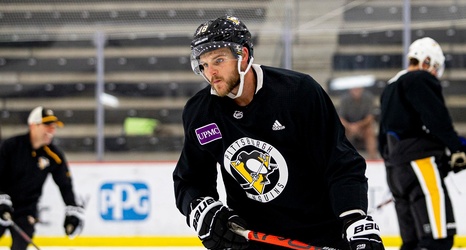 Jim Rutherford is on a transaction hot streak, from the shrewd moves he made during the offseason (trading a sixth-rounder for John Marino) to the swaps that he didn't make (keeping goalie Tristan Jarry amid a salary cap and roster crunch). But even a Hall of Fame GM with three Stanley Cups on his resume occasionally makes a dud of a trade.

Instead of returning to the offensive heights reached during his early NHL tenure, Alex Galchenyuk -- picked up from the Coyotes along with defense prospect Pierre-Olivier Joseph in exchange for Phil Kessel -- dragged down the Penguins' scoring attack while playing ineffective, disinterested defense.