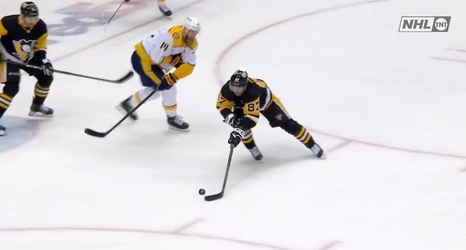 The Jake Guentzel - Sidney Crosby - Rickard Rakell line was one of the most dominant of the Penguins’ 2021-22 season.

Natural Stat Trick says, in 91 minutes played together at 5v5:

Penguins fans don’t need advanced stats to know Guentzel - Crosby - Rakell was a dominant line— it was clear in how difficult it was for other teams to take possession when they had the puck in the offensive zone, and how Rakell was able to connect with the two on quick, tricky passes.