Should NHL try to cut down on shootouts? 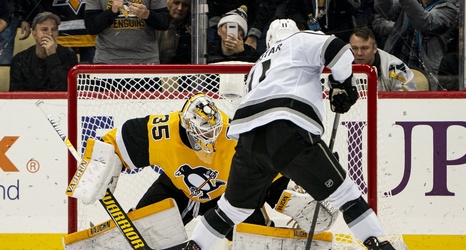 CRANBERRY, Pa. -- Shootouts can be a point of contention among fans. Is it a good way to decide the outcome of a game?

What do the players think of the shootout as a way to decide a game, though?

Brandon Tanev is a regular for the Penguins in overtimes, and has two overtime goals this season -- Oct. 16 against Colorado, and Jan. 4 in Montreal. If a game reaches a shootout though, he's probably not going to make an impact, since he's never taken a shootout attempt in the NHL.