Recap: Allen has the answers for the Pens, Montreal takes 6-3 win 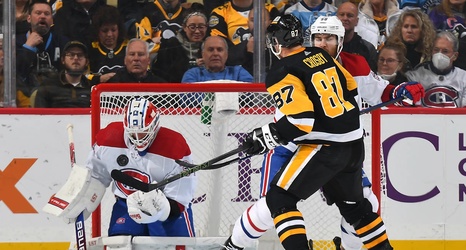 The Penguins use the same skaters as last night (Bryan Rust remains out) but switch up goalies to get a rare appearance from Casey DeSmith.

A scoreless first period with only a few key players standing out. Jake Guentzel and Evan Rodrigues combined for ten of the Penguins’ 14 SOG in the first, they were really cooking and came close to scoring a few times on Jake Allen.

Dominik Simon’s stick got high in the offensive zone and drew blood on Brendan Gallagher, but the Pittsburgh PK pretty much dominated the Montreal power play and didn’t allow anything for four minutes even at DeSmith.