Random thoughts: Where do the Penguins go after the Kapanen extension? 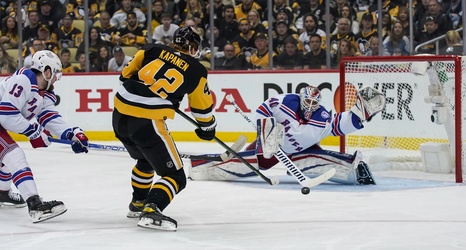 The dust has settled. Or has it?

The free agent frenzy is slowing down, many of the premier names are off the market, and now several teams, the Pittsburgh Penguins included, are dealing with in-house matters, like signing restricted free agents to avoid the arbitration process.

The Penguins, just yesterday, announced the re-signing of winger Kasperi Kapanen to a two-year deal with an average annual value of $3.2 million.

With Kapanen back in the mix (at least for now), the Penguins have a lineup that is projected to look something like this: