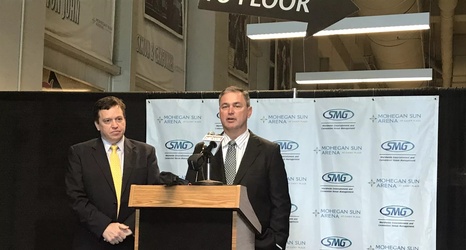 In a 13-minute meeting Wednesday afternoon, the Luzerne County Convention Center Authority conducted a fair bit of business. They announced a new general manager for Mohegan Sun Arena at Casey Plaza after their previous GM left for Rupp Arena in Kentucky. They extended their contract with their food management company, SMG, for 10 years, with an option to extend that contract for five more years.

But most importantly, the Authority formally and unanimously approved the lease extension announced on Monday to keep the WBS Penguins as the primary tenant of Mohegan Sun Arena through June 30, 2029.