Pitt run game still an enigma, but has plenty of space to grow 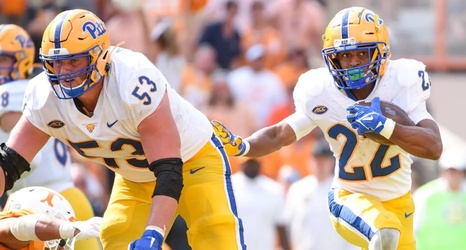 Pitt's offense has produced plenty of points to start the season, averaging 46 per game through two games to be the second-best among ACC teams. The Panthers' 338 passing yards per game is also second-highest average in the conference.

Sure, one of those games is against UMass, but putting up 41 points against Tennessee in an SEC stadium is still impressive. And that's without a dominant run game that Pat Narduzzi was hoping would emerge this year. The Panthers average 159.5 rushing yards per game, good enough for tenth in the ACC.

But that's not where Pitt wants this run game to end up, especially with an offensive line full of upperclassmen as starters and a running back duo in Vincent Davis and Israel "Izzy" Abanikanda who both flash plenty of potential.