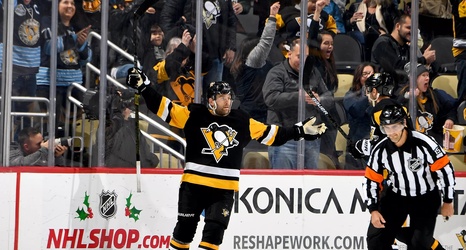 The Penguins continued their home cooking last night with a divisional showdown against the Columbus Blue Jackets. The scoreboard held two goose eggs after 60 minutes of play. In OT, the Penguins were granted a power-play. And all the Penguins needed was Bryan Rust. [Recap]

First National Bank has announced a deal to build a 24-story office tower at the former Civic Arena site, which will aid the Penguins as they look to begin the redevelopment plan. [Post-Gazette]