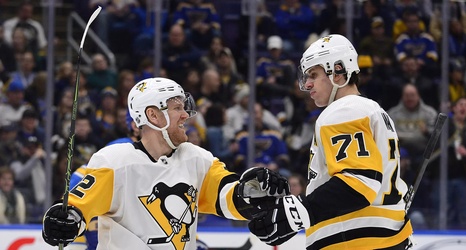 What should the Penguins do to fix their problems as the league-wide offseason draws near? [Pensburgh]

With the decision to keep AHL hockey in Wilkes-Barre Township and the 20-year milestone of the the Wilkes-Barre/Scranton Penguins, we have a two-part series of our favorite Baby Pens memories. Here is Part One. [Pensburgh]

Former Penguins defenseman Derrick Pouliot will not be re-signed by the Vancouver Canucks, according to a new report. [Trib Live]

A Mars, PA native has been selected first overall in USHL draft.